Turquoise waters, miles of sandy beaches and lush, undulating hills meet some of the world’s most legendary nightspots, exclusive boutiques and the ‘Venice of Provence’ in the beautiful Bay of Saint-Tropez. With shuttle services from Sainte-Maxime zipping across this sparkling expanse of water to the likes of Saint-Tropez and Port Grimaud as often as every 15 minutes, exploring this sought-after area will be an easy feat…the only task will be choosing what to do. From an active day out to shopping-till-you-drop or lying back on some of the region’s most admired beaches, there’ll be plenty to keep the whole family entertained during a day out in the Bay of Saint-Tropez.

Diving is one of the key attractions in the Bay of Saint-Tropez and there are a variety of wrecks to visit in and around the area. The 30m long cargo ship Le Relax was intentionally sunk there by the French Navy in 1984 and is now home to a colony of large Scorpian fish. Meanwhile, the little know La Barge lies just off Saint-Tropez and offers the chance to spot the likes of lobster and Moray eels. For a more natural site, Les Sardinaux is a large rock formation at the entrance of the bay and will provide an opportunity to see octopuses and hermit crabs at the beginner-friendly depth of three metres.

Aside from swimming in crystal clear waters, other activities available above water level include parasailing, jet skiing and sailing. Fishing excursions will take participants a little further out to key sites, with the opportunity to catch tuna between August and October. Meanwhile on land, Azur Park is located a short distance outside of Saint-Tropez and boasts 35 attractions including rides suited to all ages; from a 1900 Carousel to the dizzying heights of ‘Sky Rider’. The area also offers go-karting, vineyards to visit and the chance to fly over the glittering bay on a private helicopter ride.

Ports lined with luxury yachts and legendary nightspots, narrow lanes boasting exclusive designer boutiques, stretches of sun-soaked sandy beaches… the town of Saint-Tropez should need little introduction. Once a traditional fishing village that attracted artists such as Paul Signac and André Dunoyer de Segonzac, its cobbled lanes and terracotta-topped buildings have since become a glamorous summer destination for the jet-set. This makeover began thanks to the 1956 film ‘And God Created Woman’, which featured Saint-Tropez and propelled its female lead, Brigitte Bardot, to world-wide fame.

Shopping has become a major attraction in a town that offers the likes of Chanel and Dior boutiques side-by-side with traditional butchers, bakers and grocery stores. Those looking for a more authentic shopping experience should head to either Rondini or K Jacques for a pair of strappy Tropézienne sandals, or browse regional produce at the morning market in Place des Lices every Tuesday and Saturday. For a true taste of Saint-Tropez, sample ‘La Tarte Tropézienne’; a local delicacy that consists of brioche filled with a delicate mix of two types of cream. Patisseries of the same name are scattered around the town, offering the chance to try this treat that was apparently named after Bardot herself insisted it needed a proper title. Once shopped out, pull up a red chair at Café Senequier to enjoy people-watching in style…after all, this is the place to see and be seen.

For insight into local culture, head to the 16th century Citadel, which is home to a Navy museum, or the The Butterfly House in Musée Dany Lartigue that houses an awe-inspiring 35,000 specimens. Musée de l’Annonciade is considered by some to have been the first museum of modern art in France when it opened in 1922 and now focuses on works from 1890-1950. Meanwhile, Galerie des Lices in the largest gallery in town and houses works by some of the world’s most-admired contemporary artists including Damien Hirst.

If the crowds in town get too much, head down to the horse-shoe shaped Plage de la Ponche, which tends to be a little quieter than some of the surrounding beaches. On the other side of the headland lies the famous Plage de Pampelonne, which offers both public sections and private beach clubs. Take your pick from the many restaurants serving fresh seafood and Mediterranean dishes, before strolling a little further down the coast to see the breath-taking beauty of Escalet beach. Meanwhile, a seven-mile coastal footpath will lead visitors across the headlines to take in outstanding views and discover local flora. With outstanding shopping, dining, culture and beaches on offer, Saint-Tropez will cater to all tastes and interests during a day trip.

Equidistant from Saint-Tropez and Sainte-Maxime, the Port of Grimaud has become one of the most visited resorts in France. Not to be confused with the medieval village of Grimaud, the port was created following an idea by architect François Spoerry in 1966. Known as the ‘Venice of Provence’, its design was inspired by the Italian city and is split into four small islands with a network of channels between them.

Its 2,000 residents live in quaint pastel coloured homes based on traditional French fishermen’s houses. Think shutters and wrought iron balconies, as well as each dwelling boasting its very own boat mooring area at the end of the garden. While crossing over the port's connecting bridges, it’ll be easy to fall for its Provençal charm, however the area also offers a whole host of exciting activities.

The 12km of quays and nearby sandy beaches offer rentals and excursions for boat-enthusiasts, alongside water sports including water skiing, wakeboarding and scuba diving. Golf, tennis and horse-riding are also on offer in the area, while the Church of St. Francis of Assisi is worth a visit to view its 25 stained glass windows that were designed by Op-artist Victor Vasarely. Add local restaurants serving delicious regional delicacies into the mix and it’s easy to see why the destination attracts over a million visitors a year.

Whether you opt for a luxurious shopping experience, discover the wonders of diving or take in its idyllic sights, the Bay of Saint-Tropez offers a variety of activities suitable for all ages. 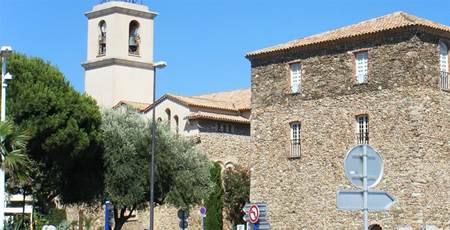 Le Musée de la Tour Carrée is Sainte-Maxime's most famous museum and tells the story of the town's rich history... whilst being an important archeological landmark in its own right. 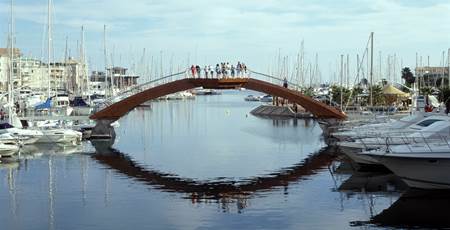 The Bay of Sainte-Maxime is home to both breath-taking beaches and a vast marina that offer fun-filled activities suitable for all ages. 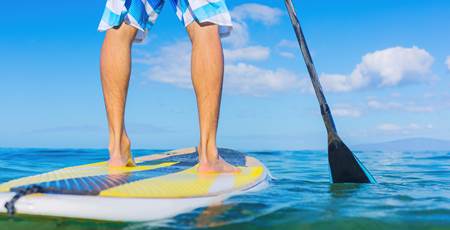 The sandy La Nartelle beach offers visitors the chance to try water sports, soak up the sun on loungers and explore a natural peninsula. 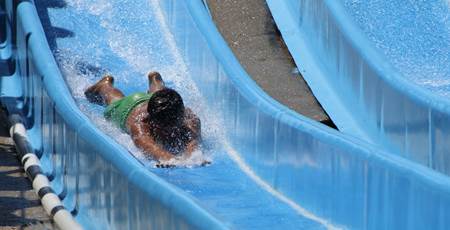 Aqualand Sainte-Maxime can provide a fun day out for the whole family with an array of water slides, outdoor pools and delicious dining options.